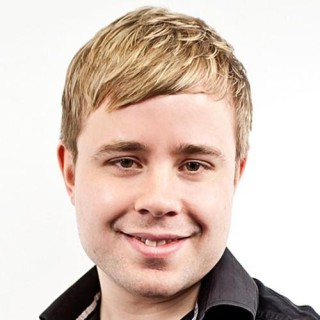 The Rise of TV Advertising for Internet Businesses

Lately there has been a rise in the number of internet based businesses that are now advertising on TV with more appearing every day.  These businesses operate in different industries and it’s not just limited to the web giants that likely have the marketing budget to create a successful TV campaign as well as having a strong web presence.

Traditionally TV advertising has been the focus of larger companies with the budget and capabilities to rollout such a campaign. Which is why I want to discuss why internet businesses seem to be making this move; has something forced this change or is it more of a multi-channel approach driven by the rise in mobile and improving technologies?

Types of companies doing this

Here is a list of companies I have noticed advertising on TV recently (this is not an exhaustive list):

Some of these examples are part of large well-known corporations that are likely to have the budget for a TV campaign yet what is interesting though is the way they go about it. eBay recently had a TV campaign in the UK prior to Christmas which had a focus on ‘an online place where you can buy anything imaginable’ rather than ‘an auction site to bid on people’s old stuff’. This seemed to be designed as a realignment of the brand to help it attract a mass audience.

A few of the above websites were relatively unknown to me prior to the TV campaign; these include Broadbandchoices.co.uk, Fab.com (although this has been successful in the USA), Wowcher.co.uk, Voyage-prive.co.uk and Uniformdating.com (although dating is quite a competitive industry).

Although the industries of the above sites vary, one similarity is that they all appear to a mass market audience; this could be one of the reasons behind the move into television advertising.

Some of my favourites:

Why are they making this move?

There could be many different reasons why a company chooses to carry out an advertising campaign via TV; it could be a branding exercise, it could be to generate customers and word of mouth on launch or it could be part of a longer term strategy. Here are some potential reasons why some internet based companies are making this move.

To reach a wide audience quickly

By advertising on television, you will definitely reach a mass audience. With a clever and well executed campaign it can bring lots of potential customers your way, generate word of mouth, gain a following and help build your presence across these different channels. A short term ad campaign can easily set a foundation for continued success on the web for years to come.

To help launch a business

In the more competitive industries, even if you are unique in your approach to that industry (Uniform Dating being an example here), the competition is fierce online and television may be the only initial guarantee of generating business where with a longer term online strategy the business could fold before reaching its audience.

The issues surrounding being found on the web

The internet is getting evermore crowded and the fight for traffic is becoming increasingly competitive. Some studies show that people are becoming more and more immune to aggressive advertising through the web and some ads are proving to be less and less effective. On the other hand, you have SEO and PPC – SEO is definitely more of a longer term strategy as well as being flooded with black hats in some of these industries (e.g payday loans) and PPC can be expensive per person depending on the industry.

So for more competitive industries, along with a solid online strategy, a television campaign can help the business get off the ground and gain that initial presence within the industry.

Many businesses nowadays are starting to take on a multi-channel approach to their marketing efforts and this may include targeting through a website, social media, a physical presence (e.g. eBay stores on the high street), publishing, email or a televised advertising campaign.

The benefit of this approach is that companies are more likely to reach people interested in what they have to offer. With good quality tracking, a company can establish where they get the best return on investment.

The rise of video platforms

The rise of platforms such as YouTube and on demand services have increased people’s appetite for the consumption of video online. Each day, millions of hours of video is created and watched online. This growth has led to the increased popularity of using these platforms for advertising.

Nowadays you notice lots of TV style production quality adverts that play before being able to watch videos on these platforms. So if a business was to create an advert, this could easily be used online as well as on the television. This will surely increase the number of companies that take this step.

The rise of mobile

The rise in the use of mobile devices on a daily basis has led to an increased consumption in mobile content; video is a good example of content that is often consumed on a mobile device.

What is interesting is the growing crossover between TV and online advertising – used in conjunction with each other it can create a hugely successful campaign. Thinkbox say that “using TV and online together results in 47% more positivity about a brand than using either in isolation”.

There has been a huge rise in the number of people browsing the internet at the same time as watching TV (48% of UK consumers said they watch TV and browse the internet most days: Source. This is what marketers are calling the ‘second screen’ and no doubt led companies to exploit this trend and attempt to encourage an action from consumers once they have viewed the Ad – a simple search away for consumers with the internet at their fingertips.

Evolving technologies have made the process of creating an ad cheaper and much more accessible for those of a smaller budget. You could argue that a smaller budget would result in a low quality advert, but with a good creative idea it can definitely work for some and may be the reason why some companies have chosen this route.

Likewise the rise in digital channels means there have never been more places to advertise and placing a TV advert is far cheaper on a smaller digital channel that it would have been previously on mainstream channels. This means there are cheaper ways to embrace TV advertising and it’s easier than ever to try it.

The growth of social media in advertising

The growth in social media in recent years and the realisation from businesses that it can be a powerful engagement tool has led to its inevitable integration with traditional advertising such as TV ads. Quite often now you will notice that a company includes social elements into these types of ads – whether they are purely highlighting their presence on these platforms, utilising hashtags to encourage interaction or using the ad as a wider social media and online campaign. A good example of the latter is Mercedes attempt to inspire a younger fan base with their campaign ‘Escape the Map’ which was very socially driven.

This trend is likely to evolve so we will see more examples in the near future.

As well as seeing internet advertisers moving towards TV advertising, we also notice that traditional TV advertisers are also going digital as part of wider strategy. Big brands such as Red Bull, Coca Cola and Cadbury have often relied on traditional advertising channels to reach a wide audience. The value of their digital channels is noticeable as you see these companies doing well online, they tend to have an integrated approach and still utilise their TV advertising campaigns to drive sales and brand presence on all platforms.

The pros and cons of TV advertising

The pros and cons of Web Advertising

Are these recent changes part of a wider move?

Are the recent influx of internet businesses part of a wider move and will this move continue, or is this just restricted to a few businesses who either had the marketing budget initially or those who chose the platform as part of a launch or branding exercise?

This is going to vary from business to business, but it seems that TV advertising is a quick way to gain that initial audience as a branding exercise and a good way to involve a social media element to grow your presence online. The main move driving this may purely be the accessibility of the technology and the relatively low cost for a short running campaign. It may also simply be that people want to compliment their online strategy and are looking to reach those people who aren’t as active online and may miss their other advertising efforts.