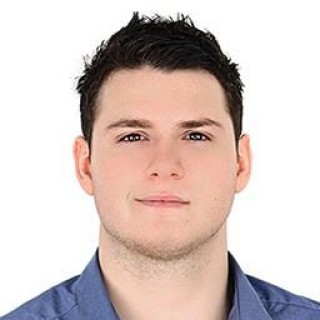 Augmented Reality: Why Virtual Reality Is No Longer A Work Of Fiction

Blade Runner, Back to the Future, the Matrix; the concept of futuristic technology is no longer a distant, inconceivable piece of fiction.

It is here and it is here now.

With advances in modern technology developing at an astonishing rate, the opportunity for marketers to interact with customers and potential customers alike is growing. With the explosion in both the popularity and adoption of mobile devices like the tablet or smartphone, we have seen marketers respond with refreshing methods of engaging with customers. On the whole they have become a lot more creative in the marketing communications process, with the likes of second screen campaigns, social media and the focus of this article, Augmented Reality.

So what is Augmented Reality? Simply put, AR is a live adaptation of the physical world through the use of computer generated sensory technology. By downloading applications and typically using the camera function on most Smartphone and Tablet devices, users are able to alter their perspective of the environment around them and interact with various aspects of the real world in a new light with digital aid.

More common and recent examples of the use of Augmented Reality have stemmed from the use of AR applications on smartphones and tablets through services like Wikitude that operate using location based technology to deliver information to your screen related to your current location. Wikitude allows its users to scan surrounding areas through the camera function and discover hotels, follow directions and play games in real time, on the go.

The popular TV show The Walking Dead is perhaps one of the best cases of brands engaging with new phenomena like the second screen and AR. A great application released by AMC, the production company behind the show, is the ‘Walking Dead Yourself’ app, which prompts its users to take a commonly known “selfie” and the app will turn your image into a zombie like those featured in the show. I cannot stress how many ‘Walking Dead Yourself photos’ I have encountered of friends and followers on both Facebook and Twitter, evidence of a strong benefit of AR: an excellent and engaging brand/product promotion tactic.

Perhaps one of my most favourite examples of a brand using AR to interact with its customers is the Wrigleys-Blippar project for Wrigley’s 5 Gum. The App works as users hover their camera over their purchased pack of gum and the contents of that pack spill out onto the mobile screen and players/customers can then fire them away with each swipe at the screen. Although the game itself is very simple the delivery of the AR could not have been more on brand.

Another Augmented Reality gem was put out by sports car manufacturers Jaguar in partnership with Shazam to promote the release of their new F-Type model. It seems that a lot of mobile second screen and Augmented Reality campaigns go hand in hand with audiences using the Shazam mobile app. In this case, viewers who had the Shazam app installed could tag an audio segment in the ad which would then direct them, within the app, to an exclusive AR function. This Jaguar AR function allowed viewers to use their phone to manipulate a view of the car’s interior and exterior, access a virtual pedal to rev the engine, review information and specifications about the car’s performance and explore the Jaguar mobile site. Check out the ad in the video below.

New hardware is currently being developed specifically for AR use marketed as wearable tech. The most popular to date is Google Glass, showcased to tech developers in San Francisco last week and pegged for a wide scale commercial release in 2014. Google Glass looks like a pair of normal eye glasses but the lenses are an interactive display, similar to that of a smartphone. The navigation and search capability of the device is through voice commands and also features Bluetooth, Wi-Fi and mobile data connectivity. The operating system behind the final version of Google Glass is expected to be compatible with both Android and Apple’s IOS devices. All of that for a predicted price of around £980.

Google’s interest in this space has already sparked competition from smaller tech companies like castAR, who are developing more affordable AR technology and it is inevitable that once the market demonstrates exponential growth in adoption, then there will be more of the same and almost definite competition from similar industry giants like Apple and Samsung.

That said, Samsung have already entered the wearable tech market with its new Smart watch: Samsung Galaxy Gear. I have a feeling that a move to AR wearable tech is definitely not too far behind for Samsung.

How Does This Benefit Marketers?

The question now is how do we anticipate the benefit of augmented reality should it reach a high level of adoption over the next five to ten years?

The opportunities around this are endless for consumers and marketers alike. Imagine one day being able to walk down the street of an unknown city and being able to locate a restaurant to your specifications in the local area. Or imagine the ability to take a tour of your holiday destination from your home before you make your purchase. From a marketer’s perspective, this provides a fantastic opportunity to further influence customer purchasing decision and processes. These are just two scenarios out of a large scope of opportunities that AR brings to the table.  In this respect, customers will be provided with more of an informed choice and it is the responsibility of marketers to deliver strong, engaging and intriguing content to fully make effective use of the channel.

If organisations can tap into both a unique and energetic AR campaign and also integrate a social function, similar to that of the ‘Walking Dead Yourself’ app, this can only do wonders for your brand. Each fan, customer and viewer essentially becomes an ambassador of your brand extending the reach of your campaign and using your customers as part of the marketing process; a very useful resource to say the least.

The emergence of AR presents a fantastic new method of marketing communications that can help to achieve a number of objectives. If you wanted to drive awareness of a new product that is currently in development, why not release an AR app that allows users to explore the product, like Jaguar’s F-Type campaign and then use the feedback in the product development process? You might want to reinforce or strongly promote your brand’s direction or ethos; what better way to do that than through an interactive and playful AR application? Or perhaps you want to break news to your customers, why not break news as if you were in the room with them. The possibilities are truly endless.

People love things that are creative! A positive interaction between your brand and customer resulting in deeper engagement will help to ensure that brand values and the message itself will resonate deeper in the customers mind and end with a higher degree of customer loyalty and connectedness with your brand. Who knows, a great AR campaign might just give you the edge over your competitors that you need.

Please share your thoughts on what you think the not so distant future holds for Augmented Reality in the comments section below.